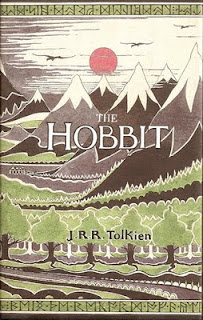 Then I discovered Martha Wells' list of fantasy books by women with settings that aren't vaguely medieval Europe-y (via Book Smugglers).  Or as she calls it "Fantasy by Women who Broke Away from Europe." And that has me thinking about place.

Certainly, thanks partly to Tolkein and partly to Dungeons and Dragons, the majority of fantasy novels take place in quasi-Nordic, Celtic, or Medieval European settings.  The fact that science fiction and fantasy books are largely populated by white people is obviously related.  However, focusing on setting rather than character opens up new critical approaches.

N.K. Jemison hints at some of these approaches in her recent essay "The Unexotic Exotic," (also on Book Smugglers).


"If a fantasy writer can successfully “de-exotify” her setting, that’s at least 50% of her character development done. Readers can then spend less time fetishizing the characters, and more time empathizing with them."

As my own way of joining the conversation, I thought I'd make a list of speculative fiction for young readers that's set in worlds that aren't fantasy versions of North America or Europe.  I divided the list into Middle Grade, YA, New Adult, and Graphic Novels.  My list of GN is by no means comprehensive--really it's just what I could come up with off the top of my head. And for series, I just put the first title, or the title that has the kind of setting I was looking for.

I'm planning on revisiting many of these titles over the next few weeks, but for now--here's the list!

The Remarkable Journey of Prince Jen by Lloyd Alexander.

The Arkadians by Lloyd Alexander.

The First Two Lives of Lukas-Kasha by Lloyd Alexander.

The Iron Ring by Lloyd Alexander.

Fall of a Kingdom by Hilari Bell.

Fox and Phoenix by Beth Bernobich.

The Ear, the Eye, and the Arm by Nancy Farmer.

The House of the Scorpion by Nancy Farmer.

The Oracle Betrayed by Catherine Fisher.

The Dream Stealer by Sid Fleischman.

The Akhenaten Adventure by P. B. Kerr.

Where the Mountain Meets the Moon by Grace Lin.

The Legend of Tarik by Walter Dean Myers.

Zarah the Windseeker by Nnedi Okorafor-Mbachu.

The Third Eye by Mahtab Narsimhan.

Chronicles of the Red King: The Secret Kingdom by Jenny Nimmo.

My Sister Sif by Ruth Park.

The Book of Wonders by Jasmine Richards.

The Red Pyramid by Rick Riordan.

Haroun and the Sea of Stories by Salman Rushdie.

I Rode a Horse of Milk White Jade by Diane Lee Wilson.

Castle in the Air by Diana Wynne-Jones.

Dragon of the Lost Sea by Lawrence Yep.

City of the Beasts by Isabel Allende.

Girl of Fire and Thorns by Rea Carson.

Alphabet of Dreams by Susan Fletcher.

Half World by Hiromi Goto.

Book of a Thousand Days by Shannon Hale.

Guardian of the Dead by Karen Healey.

The Chaos by Nalo Hopkinson.

Magic or Madness by Justine Larbalestier.

Shadows on the Moon by Zoe Marriott.

Brave Story and The Book of Heroes by Miyuki Miyabe.

A Confusion of Princes by Garth Nix.

Bartimaeus: The Ring of Solomon by Jonathan Stroud.

Toads and Diamonds by Heather Tomlinson.

A Coalition of Lions by Elizabeth Wein.

The Ice is Coming by Patricia Wrightson.

The Buried Pyramid by Jane Linskold.

The Jaguar Princess by Clare Bell.

Across the Nightingale Floor by Lian Hearne.

A Wizard of Earthsea by Ursula Le Guin.

Under Heaven by Guy Gavriel Kay.

An Acceptable Time by Madeleine L'Engle.

Avatar: the Last Airbender -- The Promise by Gene Luen Yang.

Audience: Children and young adults.  Any books included on the list that are not identified by publishers as MG or YA are included because they have protagonists under 25 years old and seem to have some elements of a coming-of-age story.

Setting: The setting must not be European or North American.  I debated whether to include books based on Eastern European, Native American, "Frontier" American, and Ancient Greek settings.  Because these settings are technically found on the European or North American continents, I ended up excluding them.  However, I recognize that what we're really looking for is more diversity in sff, and these settings are also less common than Nordic/Celtic/Medieval European settings.

I did, however, include some books in which a character from a contemporary European or American setting travels to another world.  I realize there tend to be problems with this type of novel, but I didn't want to exclude them without reading them myself.

Disclaimer: I don't vouch for the quality or authenticity of any of the novels!  But I do look forward to reading and reviewing a number of them here.
Posted by xemilyx at 6:35 PM