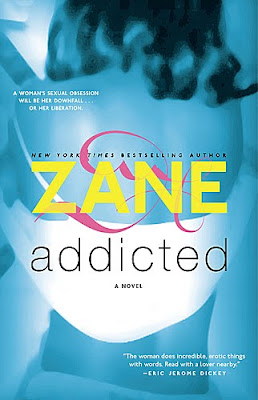 According to the articles I read last week, one of two things is going to save the publishing industry: the ipad* or erotica. I'm sort of hoping it's erotica. But seriously, what does this mean for libraries? Since the ipad came out, there's been a lot of talk about ebook pricing, and the different players in the industry: authors, publishing companies, bookstores. But libraries are never part of the discussion, which I assume means that the number of books publishers sell to libraries is too small to be important.

Actually, I bet libraries are big buyers of some of the niche nonfiction titles, but publishers never rely on niche nonfiction to bring home the bacon. We all know now that publishers rely on a few bestselling titles to subsidize the rest of their publications. Which is either ridiculously inefficient or sort of encouraging, if you're an aspiring writer.

So the only thing I can figure this means for libraries is that we better get on the ebook and erotica trains, because those seem to be what people want. Interestingly, both ebooks and erotica in the library evoke questions about what a library is "supposed to be." I've talked before about the question of library as physical space versus online presence. Having erotica in the library challenges some people's time-honored belief that the library has an obligation to elevate the masses and protect small children.

So maybe we should go in the opposite direction and specialize in high quality, small run self-published books. I read an article about that, too.

What I'm really saying is that the publishing industry is in flux, so we better be ready to change, too. And here's how we can be ready: by knowing our mission. So that any change we make is consistent with the impact we want to have on the community. So we don't get caught up in competing with profit-seeking companies. And so we don't resist change because we fail to see how new formats and genres might support our mission.

*Annoying thing about this article: no mention of DRM. And the author even interviews someone from O'Reilly, a publishing company that's famous for removing DRM from its titles! So you'll just have to read this post from Smart Bitches, even though it's from a year ago, because, sadly, it's still totally relevant.
Posted by xemilyx at 8:43 PM