Why I'm no longer afraid of Naruto

When it comes to buying manga, for a long time I felt like I had to follow Maria Von Trapp and "start at the very beginning--it's a very good place to start." So I'd buy volumes 1-5 of Negima, Naruto, One Piece, etc.

And then all my readers hated me. 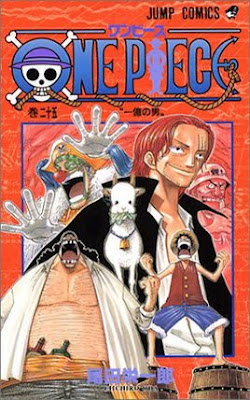 Most of the fans had already read the first 5 volumes, and if they hadn't, it's not like it took them very long to get to volume 6. But I just couldn't bear to spend three times as much money on Naruto as I did on other series. It's that classic librarian dilemma: give the people what they want or give the people choices. You know what I mean?

Anyway, the point is that story arcs are my new thing. Instead of specializing in short series, like Yotsuba or Death Note, or only buying the first few volumes of long series, I'm now seeking out the beginning of the most recent story arc and buying that. Then I can go forward or backward from there, but I have an entry point for new readers.

I feel like this is advice I would give to someone who was just starting a Manga collection, because the most popular series are also the most daunting: 47 volumes in Naruto, 47 in One Piece (wait, that's weird ...), even Negima has 26 and Full Metal Alchemist is approaching 23.

The tricky thing is figuring out where a story arc begins, if you don't read the Manga yourself. There's usually a wiki, although sometimes they explain things in terms of chapters and you have to figure out which chapters are contained in which volume. And for smaller series, which don't merit a wiki, individual reviews are the most helpful. It's definitely a question for Google. Or you can just ask the kids in the library, which is usually more efficient.

Also interesting: VIZ seems to be hip to this challenge. This May, they're releasing the Manga in the East Blue story arc in groups of three. And when I got One Piece volume 25, it had a little Skypiea logo on the spine, identifying the book as part of the Skypiea story arc. There are also series like Higurashi When The Cry and Code Geass that have different story arcs based on different characters' perspectives on the same events.

So far, my story arc approach has worked, in the sense that the more recent volumes of One Piece and Naruto are satisfying the die-hard fans, and I have plenty of money left to buy Ooku and Pluto, even though no one's heard of them because they don't have an Anime.
Posted by xemilyx at 11:46 AM