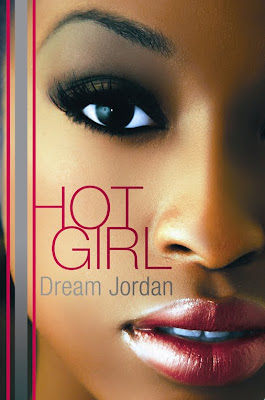 Meet Kate, a girl who's a lot harder than her super vanilla name suggests. She's already been in and out of a gang, plus a couple foster homes, by the time the story starts. But she's trying to stay on track. The problem is, her brainy best friend is in South Africa for the summer, so she doesn't have any trustworthy people to hang with.

So she ends up hanging with Naleejah. Naleejah has Gucci bags, great hair, and lots of guys. Interestingly, Kate's not impressed by that. She spends most of the story being disgusted with Naleejah, but she can't quite extricate herself from the "friendship," because she keeps accepting Naleejah's offers to do her hair and let her borrow better clothes. Especially on days when she expects to see a certain guy.

So here's my question. I found the story to be a little didactic, but do I just need to get over that? I love YA books that are ambivalent about truth, that don't honor the authority of adults, and that raise more questions than they answer. But lots of tales of urban, African-American teens eschew ambivalence--this is something discussed in the Hornbook article, "And Stay Out of Trouble." So if an author sets out to write something between a cautionary tale and an inspirational story, should I evaluate the book on the basis of how well the author succeeds?

If I were to do that, I would still say that Sharon Flake does it better. But Dream Jordan does it well. And I think her next book might be even better, because this one got better as it went along.

The only thing I didn't buy was the turnaround in Kate's relationship with her foster parent, Lynn. For most of the novel, Lynn came off as short-tempered, unreasonable, and moody, to the point where I suspected her of taking on a foster child for the extra cash. But then at the end of the novel, Lynn gets all sympathetic. I guess the author wants us to think it's a case of unreliable narrator syndrome. In one of the closing scenes, Lynn braids Kate's hair:

I ran to the bathroom, eyed myself in the mirror, and my face broke out into a smile. I was so happy with what I saw. Lynn came up behind me and asked, "You like?"

"I love!" I exclaimed. "I didn't know you could get down like this."

"Yeah, I could've been doing your hair all along ... as a matter of fact, when you first came to the house, I asked if I could do your hair and you practically barked, No!"

Apart from the abrupt entente between Kate and Lynn, I liked the ending. I liked the drama of the girl fight and the way Naleejah sold Kate out. I was genuinely surprised to learn where the clothes Naleejah gave to Kate really came from. And that certain guy I mentioned? His sweet-talk was so sweet I was getting hot. My teenage self was sure Kate was going to give in at the same time as my adult self was thinking, Come on, Dream Jordan, you're not really going to do your character like this, are you?

So here's what I hope for Dream Jordan's next book: a little less internal monologue. I feel like the author isn't so much creating a character as writing a script for her readers: this is how you can respond positively to all the pressures around you. For example, when Naleejah says her parents don't care what she does, here's what Kate says and thinks in response:

"Yeah, I know," said Naleejah. "And I hit the jackpot right before summer vacation. Met this dude named Chase who was dealing out of Breevport. As soon as I gave homeboy some booty, he started lacing me up like crazy ... and I'd still be getting money if he didn't get locked up." Naleejah shook her head and added, "Ever since I got a taste of that cream, I can't ever go back to being thirsty. It's so messed up Chase let himself get locked up."

"True, that's messed up," I said. But in my head I was thinking, Whoa, that's messed up to be sleeping with dudes for money. But nowadays, I try hard to keep my opinions to myself. I get tired of being called 'old lady' whenever I say something moral-like to chicks my age. So let me shut up. Let Naleejah do her thing."

So sometimes the internal and external monologue are both necessary to show readers how Kate avoids confrontation but thinks independently. But the reader doesn't need to know every thought that flits through Kate's head.

One other thing about this book: it's pretty safe considering the tough subjects it tackles. The author uses initials instead of curse words and avoids explicit descriptions of sex. And instead of having something really terrible happen to any of the characters, she fires a few warning shots: an STD scare, a fight that's broken up. Which expands the number of readers it will reach. Smart. I hope Dream Jordan writes a fresh one soon.
Posted by xemilyx at 10:55 AM